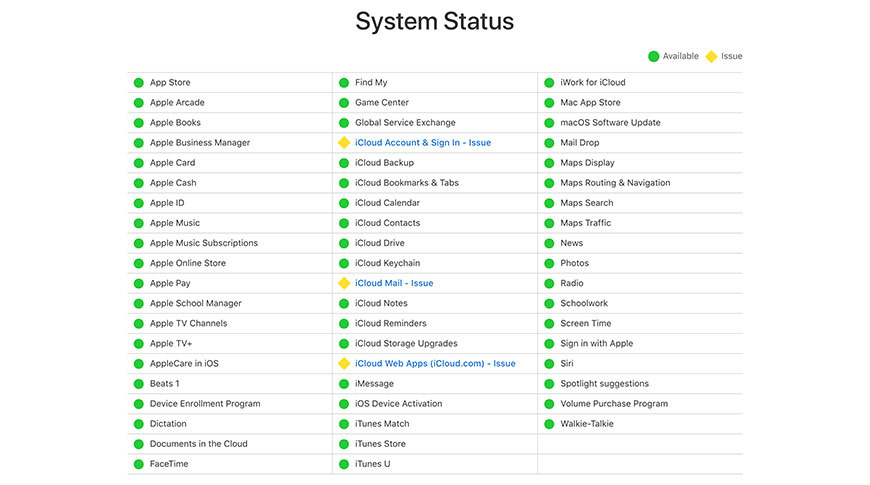 Apple’s iCloud is experiencing unknown issues that in some cases prevents users from accessing the cloud storage and syncing service, as well as other products like Mail and certain web apps.

Problems began at around 7 p.m. Eastern, with impacted users taking to Apple’s support forums to report the issue.

An update to Apple’s system status webpage reveals multiple outages including iCloud Account & Sign In, iCloud Mail and iCloud Web Apps. Users attempting to access Mail on their iOS or Mac devices are met with login authentication roadblocks, while iCloud.com is completely inaccessible for some.

Certain apps that require Apple ID authentication are also affected, with in-app verification and app-specific passwords not functioning as intended. Some users are also reporting verification failures that trigger a pop-up reading, “The application you have selected does not exist.” These problems appear to be tied to Apple ID’s backend.

It is unclear what caused the issue or how many users are affected by downtime.

Copyright © 2017 GEGERVISION IT. All Rights Reserved. *